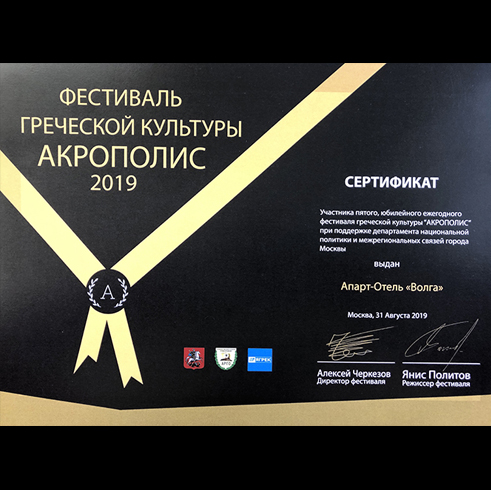 On the last day of the calendar summer of 2019, the capital's Hermitage Garden has turned into a little sunny Greece! Already for the 5th time, the Acropolis festival of Greek culture delighted residents and visitors of our city with an introduction to one of the most recent cultures in the world.

Everyone was taught Greek dances, cooking traditional dishes, staged theatrical performances, invited to visit opening days. Numerous stalls offered an assortment of traditional products and souvenirs. For the first time, several scenes and lecture halls functioned at the festival at once. And on the main stage of the Hermitage Garden, a grand concert was held with the participation of Russian and Greek artists, among which according to good tradition were Honored Artist of Russia Euclid Kurdzidis and Greek pop-rock band No Name Band (Thessaloniki).

The event was supported by the Government of Moscow, the Federal National Autonomy of the Greeks of Russia, the YAGREK project, the Greek Cultural Center, the Moscow Society of Greeks and other partners of this big event. Our Apart-hotel Volga is also pleased to announce that this year for became an official partner of the event the first time and was part of such a large and important event in the cultural life of the capital.